Tribute to a Poet 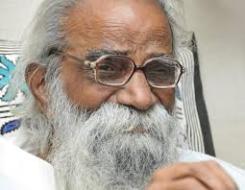 He was a two time recipient of Sahitya Akademi award for 1968 and 1983 and published more than 130 works to his credit including 37 volumes of short stories and 17 novels among other works.

Mr Bharadwaja  was only the third Telugu writer to be honored with the country’s highest literary award and was conferred with honorary doctorate by three Universities.

His work Pakudu-Rallu, a story running around a character ‘Manjari” Who has passion for winning and does anything for Winning / Achieving what she wants , won him the prestigious Gyanpeeth award in 2012.